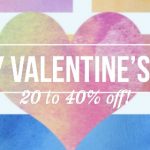 by june on February 13, 2019 in Announcements, Courses, Education, News & Trends

Let us help you to celebrate Valentine Day with our 20-40 % off all courses Sale! The gift of learning can be the perfect present for your loved one, your friend, your employee, or yourself – it’s a gift that keeps on giving!!! Earn required CE credits for license renewal or certification plus increase knowledge and skills in the… Read more →

by June Kaminski, RN MSN PhD(c) Editor in Chief   EDITORIAL October is recognized as Cyber Security Awareness Month in several countries, including Canada. “Cyber Security Awareness Month is an internationally recognized campaign held each October to inform the public of the importance of cyber security. This campaign is focused on helping all Canadians be more secure online, by being… Read more → 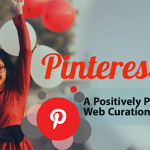 by June Kaminski, RN MSN PhD(c) Although there are a multitude of social media software available, Pinterest has been slowly climbing to the top of the heap since late 2009 when first launched by founder Ben Silbermann, Paul Sciarra and Evan Sharp. With 200 million users, Pinterest ranks 19th for sheer popularity, but achieves eighth place worldwide for general purpose… Read more → 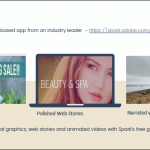 by June Kaminski, RN MSN PhD(c) Adobe software has been an industry leader in the creative and publishing fields for years. Due to the quality and high standing, access to their software is considered quite expensive and beyond the range of many users, especially when used for education or personal purposes. Creative and professional designers do invest in the Creative… Read more → 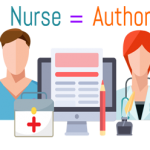 Why all Nurses Can/Should be Authors

by June Kaminski, RN MSN PhD(c) Editor in Chief EDITORIAL As a nurse, editor, writer, educator and researcher I naturally support the notion of nurses as authors. This notion is one that seems logical: nurses are the most trusted profession, according to the most recent Gallup poll and have been for the past fifteen years (Gallup 2016). “ANA encourages nurses… Read more →